In this article, we will be discussing the overview of Python, what is python used for, and the application of Python.

What is Python? Python is an object-oriented, interpreted high-level programming language with dynamic semantics. Python’s easy-to-learn syntax which is beginner-friendly and focuses on readability, a vast collection of libraries, and modules emphasizes code reuse. Python is an open-source language that makes it freely usable.

Python was created in the late 1980s by Guido Ran Rossum capable of exception handling and interfacing with the Amoeba operating system. On 16th October 2000, Python 2.0 was released with many major new features were introduced, including cycle-detecting garbage collector and support for Unicode.

Python 3.0 was released on 3 December 2008. It was the major revision of the language that is not completely backward compatible.

What is Python used for? Python is an object-oriented, general-purpose programming language, which enables us to use it in many types of applications. Python has covered almost all the domains, python is used for machine learning, artificial intelligence, web development, Data Science, web scraping, video games, and other domains as well.

Why Python is so Popular?

According to TIOBE index Python is amongst the top3 programming languages competing with JAVA and C. There are many such features that makes python so popular such as:-

Python is an open-source language and freely available and anyone can use python code. And there is a Python community that helps to develop and support the ecosystem, adding their contributions and libraries.

Python can be used to develop web applications at a rapid rate, this is possible because of python’s powerful web development frameworks. In these frameworks, the backend logic is done with python and provides a huge number of libraries.

Python is used for the development of interactive games. Game developers use python for its rapid prototyping features. There are several libraries in python that support game development, in which the PyGame library is considered one of the best. Python also provides libraries like Pyglet and PyOpenGL.

Machine Learning and Artificial Intelligence are the most trendings domains. For a Machine Learning project, we need a language that is secure, stable, scalable, and no surprise that python handles all these characteristics.

We develop Graphical User Interface(GUI) applications with python by using special libraries provided with it.

The next important application of python is Data Science and Data Visualization. In today’s world, data play a very important role in any organization. An organization used its past data and extract information which can be useful to improve their strategy and grow business.

Python is the best language for  Data Science and Data Visualization because of the powerful libraries like Pandas and Numpy.

The libraries like Matplotlib and Seaborn help us to present the data in a graphical form such as graphs, pie charts, etc. If you master these mentioned libraries you can call yourself a Data Scientist.

Web scraping is the mechanism for extracting unstructured data from websites and stored in a structured form. Web Scraping can be useful in weather applications, job listing websites, price comparison, etc.

E-commerce and ERP types of applications called Business Applications. Business applications have to be readable, scalable, and extensible in nature, it should fit the requirement of the organization.

Libraries for Scientific and Numeric  Computing in Python are:

Python is a very popular open-source software development language that provides enhanced process control capabilities. Python is used by software developers for build control management, testing, and many other ways.

Python provides software tools such as:

Another application of python is Image processing. Image Processing is the process of enhancing an image or extracting information from an image. Python provides various libraries that can be used to word with the images or manipulate the images.

Python libraries for image processing are:

The other important application of python is Natural Langauge Processing(NLP). Natural language processing (NLP) is a collective term referring to the automatic computational processing of human languages.

Zerynth and MicroPython are the python-based platforms used to develop embedded applications.

The application which can multi-task and output media can also be developed using Python. Python also supports multi-media libraries. Audio Video applications such as Tim Player, CPlay are build using python and its libraries.

Some of the multimedia python libraries are:

Computer-Aided Designing is used to design engineering-related architecture. It is one of the complex applications.

Python simplifies this by providing libraries and packages for CAD applications.

What are 3 main application of Python?

Above, we have discussed what is python used for? and the Application of Python. We can conclude that Python is almost used in every domain.

There are many reasons one should start learning python as it is in-demand and Python is used in the fields like Machine Learning, AI, Data Science which are popular and trending. 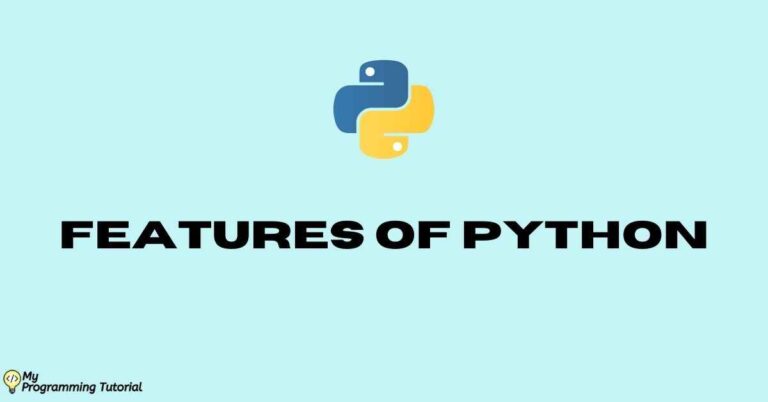 In this article, we will be discussing the top 14 features of Python Programming Language. If you are already from a programming background or just new to programming you must…