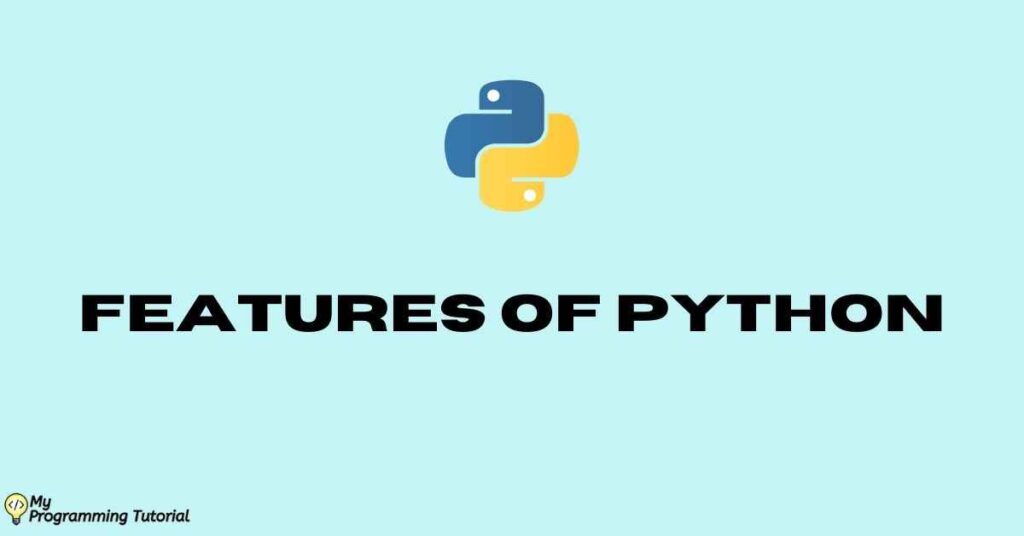 In this article, we will be discussing the top 14 features of Python Programming Language.

If you are already from a programming background or just new to programming you must have heard about python. This is because of the features of python and python applications, that make it so special.

Python is the fastest-growing programming popular language. The growth is in terms of developers, it’s simple programming syntax that is helpful for beginners, code readability, vast libraries, and the applications that it can be used for.

Python has covered almost all the domains such as machine learning, artificial intelligence, web development, and many other domains. 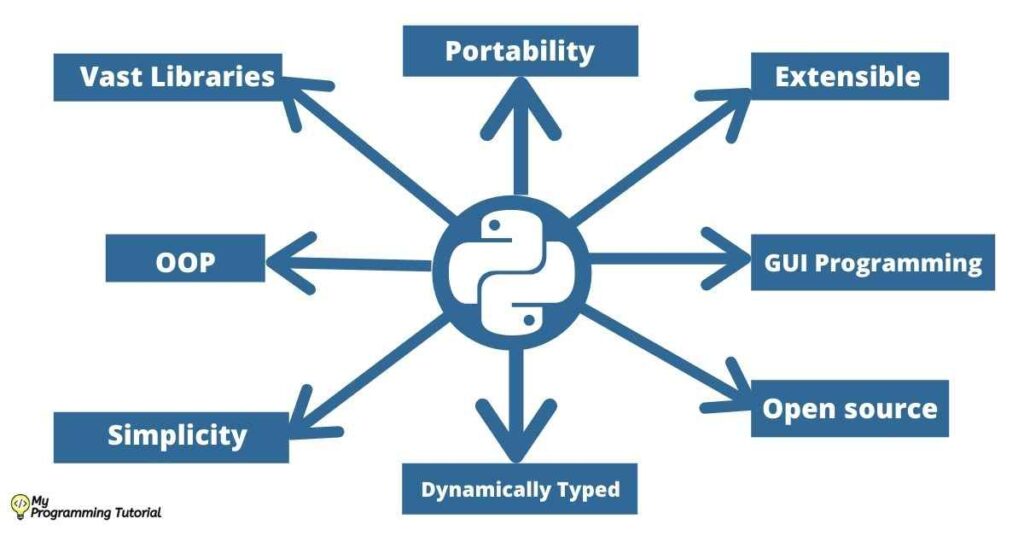 Below we have discussed some of the important features of Python Programming Language.

Simple and Easy to Learn

Python is a very easy language, to begin with. It is easy to read, write, and understand, just like reading English. The biggest advantage of python is that the syntax is very easy, it makes you think for solutions rather than syntax.

The lines of code required to write a program are fewer compare to other programming languages. And hence is easy for new programmers to adapt. Hence this is the best feature of python which attracts programmers around the world.

To use python we don’t have to pay a single penny, because it is provided by the Python Software Foundation which is a non-profitable organization. You can download it from the python org website for free.

Python is an open-source programming language, which means we can access the source code of python and can modify it as per our requirement. There are python distributors such as CPython, Anaconda, ActivePython, PyPy, etc.

Object-Oriented Programming (OOP) is based on the concept of objects and classes. It is used to structure a software program into simple, reusable parts of code blueprints (usually called classes), which are used to create individual instances of objects.

This feature of python allows you to use reusable functions.

Python has extensive collections of built-in libraries. It is one of the best features of python. When you install python, by default these libraries are download to your system. These libraries are useful as we don’t have to write every single line of the function code instead call them, this helps to achieve code reusability. No other programming language provides this much library support.

Python also has a package installer called Pip (stands for preferred installer program). Pip is used to install and manages the software packages.

Unlike other programming languages like C, Java, etc where we need to first compile and then run our program. Python is interpreted which means we do not require to compile our code, instead of executing the source all at once python executes the program line by line. Python’s execution of code line by line can be useful for programmers for debugging.

Python has support for a wide range of toolkits for developing GUI (Graphical User Interface). Python provides GUI toolkits such as Tkinter, wxPython, Jpython, etc. Providing the support of such a variety of GUI  frameworks, thus becoming of the most favorite languages for developers. To get the list of all frameworks or tools of GUI Programming in Python click here.

The next important feature of python is that it is platform-independent. Platform independent means a python application can run on any platform i.e. Windows, Linux, or MAC, etc.

Python uses Python virtual Machine (PVM) that converts source code into byte code which is machine independent and can be run on any platform without re-writing the program again.

Python support portability which means you can move your project from one platform to another without changing a single line of code. This feature provides the facility to share a piece of code with your team members or friends and that code will run the same way as it does for you when you run that code.

Garbage collection is a mechanism that releases the memory when the object is no longer use. It destroys the objects and reuses its memory to other objects.

Python has an automatic garbage collection mechanism which results in great memory and performance management. Hence maximum memory can be utilized and the application becomes robust.

Python provides an interactive mode which means you can run your code directly in the python shell which can be accessed in the terminal of your operating system.

This allows the developers an advantage for testing and debugging code.

Above we have discussed features of python that make this language so popular today. We saw python is a high-level, object-oriented, dynamically typed language. It is easy to learn, and which provides huge library support and important features that are helpful for developer around the world.